The U.S. Supreme Court - Why the Nominee Matters 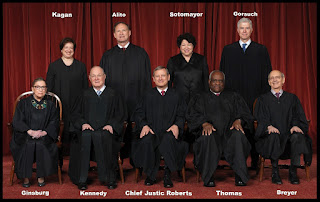 As I write, the White House has indicated that President Trump’s nominee to replace retiring Supreme Court Justice Anthony Kennedy will be announced tomorrow, July 9, 2018. Why is this such a big deal?

First, it is the prerogative of a President to nominate people for the Supreme Court when there is a vacancy. The U.S. Constitution says the President’s choice is subject to the “advice and consent” of the Senate. A nominee must receive 50 votes from the 100 Senators (51 if the President’s party does not hold a majority in the Senate) to be confirmed.

Republicans made 10 Supreme Court appointments between 1969 and 1992 (Nixon to GHW Bush) and another three from 2000 to the present (George W. Bush to Trump). Clinton and Obama, combined, only appointed four Justices. Six of the GOP nominees replaced Justices appointed by Democrat Presidents. With 13 appointments by Republicans, why, then, is there currently a 4-4 split between liberal and conservative Justices rather than a conservative (i.e., strict textualist) majority? Three reasons.

1.     GOP Presidents had to nominate a “moderate” candidate when Democrats controlled the Senate in order to get the candidate approved by the Senate.

In years past, when a Republican President nominated someone determined by Democrats to be “too conservative” (i.e., a strict constructionist, interpreting the Constitution solely on its text), if the Democrats held the majority in the Senate, they could reject the nominee. This happened twice under President Nixon, and once under President Reagan. (Robert Bork was Reagan’s nominee. When he was voted down by the Democrat Senate majority, the now retiring Anthony Kennedy took his place). Thus, despite both Nixon and Reagan trying to create a conservative majority on the Court, Senate Democrats blocked the efforts, and more moderate candidates like Kennedy had to be nominated. In Nixon’s case, the “compromise” candidate was Justice Harry Blackmun, who wrote the majority opinion in the seminal abortion case Roe v. Wade in 1973.

2.     Some nominees from Republican Presidents turned out to be liberal once they were on the Supreme Court

Whether it was an “ideological shift” or the candidate was not properly vetted, several justices nominated by Republican Presidents voted with the liberal justices. These included Harry Blackmun, John Paul Stevens and David Souter. Others nominated by Republican Presidents who were not ideologically conservative sometimes voted with the liberals. These Justices, who had the “swing vote” to break a 4-4 tie among the nine Justices, included Sandra Day O’Connor and Anthony Kennedy. Kennedy was the swing vote in the 2015 case of Obergefell v. Hodgesthat imposed same-sex marriage on all 50 states, finding a right to gay marriage in the Constitution.

3.     No longer is a “supermajority” of the Senate needed for confirmation

Before 2017 the Senate rules required a supermajority of 60 Senators to cut off further debate and bring a vote on a nominee. Without the 60 votes the candidate could be “filibustered,” meaning prevented from ever receiving a yes or no vote. In 2017, following President Trump’s nomination of Neil Gorsuch to the Supreme Court, the GOP majority changed the rules so that now only a simple majority (50, since Vice President Pence breaks any tie) is needed to bring a nominee to a vote on the Senate floor. Currently at least three Democrat Senators are up for re-election in November 2018 in states that Donald Trump won in 2016, and all three of them voted to confirm Neil Gorsuch. If the result for President Trump’s next nominee is the same, then it won’t matter if two moderate (“pro-abortion rights”) GOP Senators (Murkowski and Collins) vote for or against the nominee, and it won’t matter if ailing GOP Senator John McCain shows up to vote (he has not voted in many months due to his cancer treatments).

The current Court is made up of four ideologically liberal Justices (Breyer, Ginsburg, Sotomayor, Kagan) and four ideologically conservative Justices (Roberts, Thomas, Alito, Gorsuch). If President Trump follows through with his campaign promise to conservatives and evangelicals and nominates another ideologically conservative Justice (as he did with Gorsuch) there will be a reliable conservative majority for the first time. That conservative majority could increase to 6-3 if Justice Ruth Bader Ginsburg retires or dies (she is 85 years old and in poor health). A conservative majority would be a firewall against liberal judicial activism, and could even undo some of the damage that the Supreme Court inflicted on America when it imposed same-sex marriage (2015) and abortion on demand (1973). Thus, there will likely be wailing and gnashing of teeth by the Democrats who may stop at nothing to deny President Trump his prerogative of nominating a replacement Justice to the Court. Regardless of the nominee, expect terms and phrases such as “out of the main stream,” “extreme,” “will set back civil rights,” “will set back women’s rights,” “will set back LGBT rights,” and similar predictable allegations. Democrats continue to call “foul” the fact that when Justice Scalia died in 2016, President Obama nominated liberal Merrick Garland as his replacement. Senate Majority Leader Mitch McConnell insisted that the Senate should wait until a new President was in place before any replacement nominee would be voted on. Since Republicans held the majority in the Senate, Democrats were powerless to bring Garland to a floor vote. Thus, when Trump was elected, McConnell’s move proved to be genius for conservatives.

Finally, from the purported short list of nominees (Amy Barrett, Brett Kavanaugh and Raymond Kethledge) I find all three as ideologically conservative, and expect that each is an originalist/textualist in the style of Justice Scalia who would interpret the Constitution rather than make law based on what they “feel” “ought to be.”
Posted by John Stewart at 5:13 PM

John on the Radio 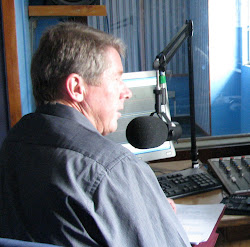 John Stewart
John is an author, attorney, international speaker, and former law school professor. He is also an award-winning radio personality, including hosting or co-hosting two nationally-syndicated programs ("John Stewart Live" and "The Bible Answerman"). He is co-founder of Intelligent Faith, an international speaking and teaching ministry. John and his wife Laurie live in California.